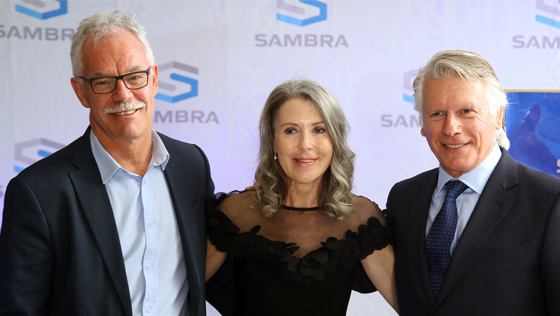 In tribute to Jeanne Esterhuizen

2019 saw a change to the National Executive committee of SAMBRA, the South African Motor Body Repairers’ Association, and one of those changes was the decision by Jeanne Esterhuizen, who has occupied the position of National Chairperson of SAMBRA for seven years!

The NEC officially thanked Jeanne for her incredible leadership over the last seven years at the SAMBRA conference at Emperors Palace. Jeanne has been an enormous asset, mentor and inspirational leader to the members and no THANK YOU is really big enough to acknowledge her huge contribution.

During the last seven years at SAMBRA under her tenure, membership grew from a post-breakaway level by over 30% and that growth was largely as a result of her tremendous leadership during that phase. Jeanne steadied the ship during trying times and ensured SAMBRA grew once again and took its place as the pre-eminent MBR association in South Africa.

Jeanne retains her position as the RMI President and is now applying her substantial skills as the newly appointed CEO of Cellette SA. The entire SAMBRA NEC wishes Jeanne well in her new corporate challenge and will value her ongoing contribution in RMI.